Come join Paul Benoit for the release of “King of Delusion,” the new album from the Northwest native.

The album features Americana rock songs with lush extended guitar and horn solos. Composed by Benoit, the music features Rebecca Young and Bob Heinemann on bass, Dan Weber and Will Dowd on drums, Ron Weinstein on organ and piano, Damien Aitken on saxophone, Lucky Brown on trumpet and Grace Park (from Austin band, The Deer) on backing vocals.

Album was recorded at Lost and Found Studios with Blake Harkins and mixed by Johnny Sangster at Seattle’s Crackle and Pop. Mastering by Ed Brooks at Resonant Mastering. 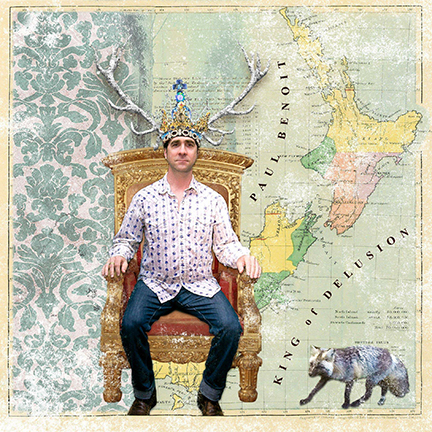 Thanks for your interest in Paul's music, you can find some of his albums here: ReverbNation, iTunes, CD Baby, Bandcamp, and Amazon.